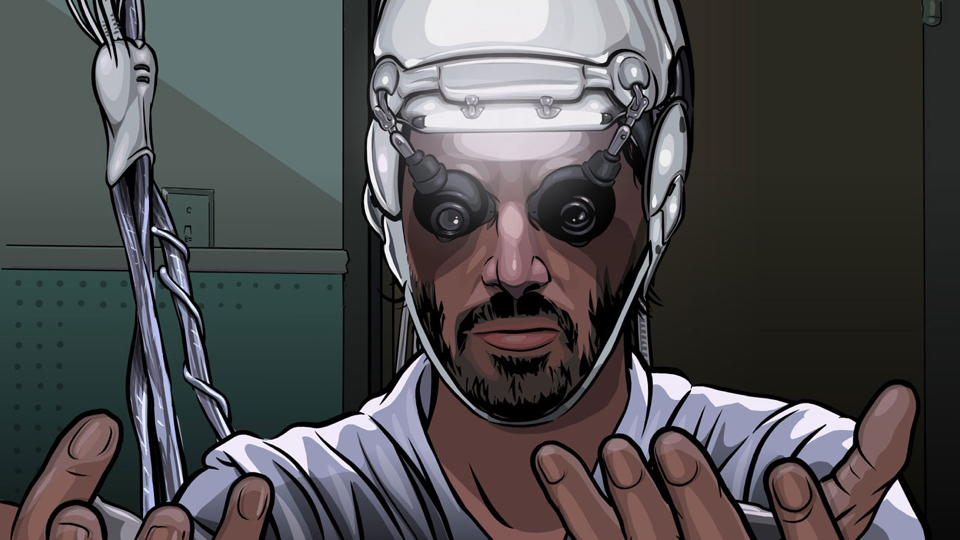 Special Screening!
In the near future, as America virtually loses the war on drugs, Robert Arctor (Keanu Reeves), a narcotics cop in Orange County, Calif., becomes an addict when he goes under cover. He is wooing Donna (Winona Ryder), a dealer, to ferret out her supplier. At the same time, he receives orders to spy on his housemates, one of whom is suspected of being Donna’s biggest customer.

This film is rated R.

This screening will be followed by a talk and Q&A with Jeff McSpadden, Founder of Prime8, discussing building Virtual Reality stories and experiences that speak to addiction.

Jeff is a musician and tech entrepreneur who has spent decades as a professional composer mastering the skills to craft audio-led, emotional experiences for film, television, advertising and new media. His compositions can be heard in television series and network promos on NBC, CBS, PBS, HBO, AMC, A&E, FX, Nat Geo, and History. Commercial clients have included Mercedes-Benz, Verizon, Toshiba, L.L. Bean, Ford, Progressive, and Nabisco, as well as a variety of independent films, digital media and album projects. He is the Founder of Prime8, a creative lab developing immersive audiovisual projects, and has recently launched Composure an audio-focused brand creating immersive experiences for stress relief. Prime8’s next project harnesses the power of virtual reality storytelling, along with data research and data visualization, to teach the non-addicted public what it means and feels like to be addicted.

This Montclair Film Science on Screen® program is an initiative of the COOLIDGE CORNER THEATRE, with major support from the ALFRED P. SLOAN FOUNDATION.