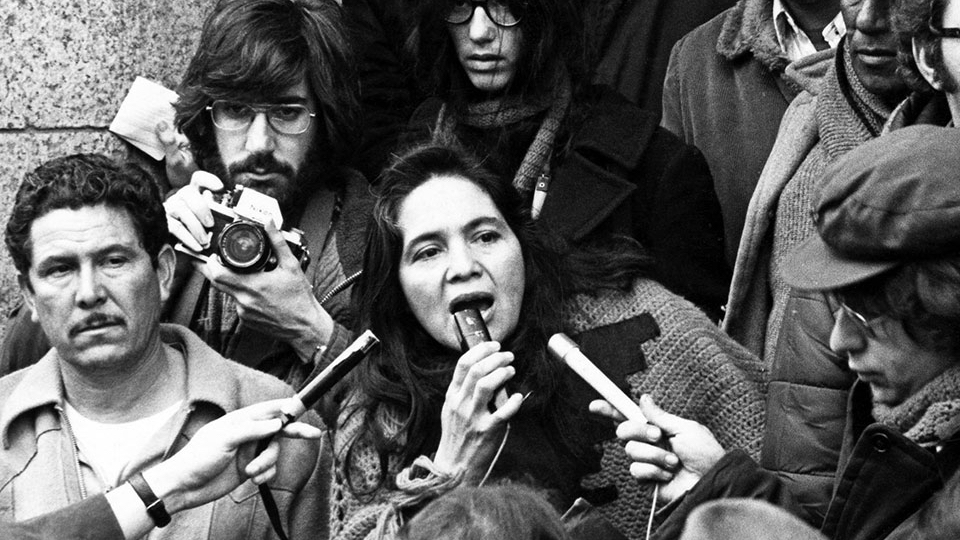 DOLORES is a reclamation of an heroic American life. The film sheds light on the enigmatic, intensely private Dolores Huerta, cofounder of the United Farm Workers union and among the most important activists in our nation’s history. But as woman standing atop an organization of men, her constant battle against injustice was mirrored by the gender discrimination she faced internally. Featuring interviews with Angela Davis, Gloria Steinem, Hillary Clinton, and Luis Valdez, the film reveals her ever-expanding wave of influence through decades of activism, and leading many to ask why her contributions have been erased from our history.

In English and Spanish with English Subtitles