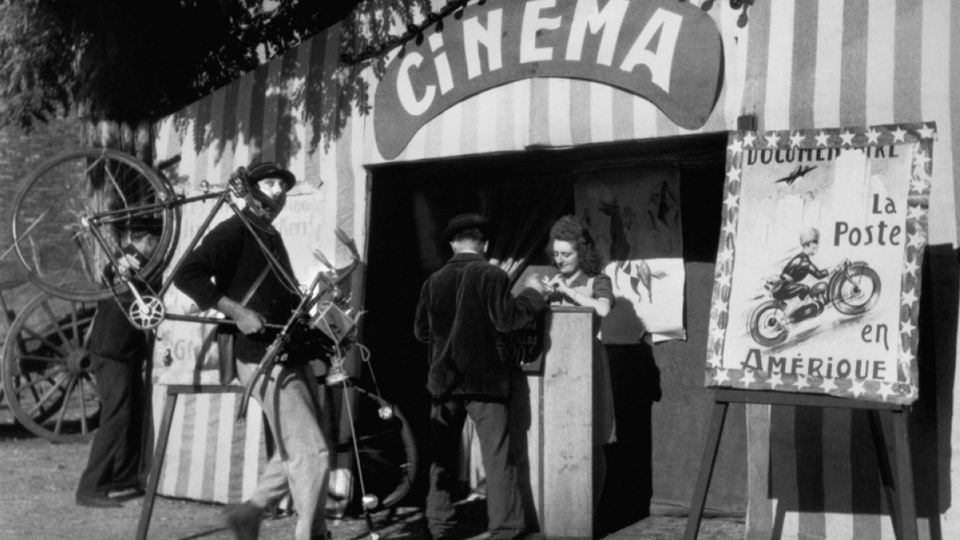 In a small French town, the local postman, scatterbrained and bumbling François (Jacques Tati), spends his working hours casually delivering the mail, while being the subject of the townsfolk’s teasing. When a traveling carnival arrives in town, a drunken François is goaded into watching a film depicting the efficiency of the U.S. Postal Service. Inspired by the footage, the hapless François sets out on his bicycle to become just like the mail carriers in the United States.