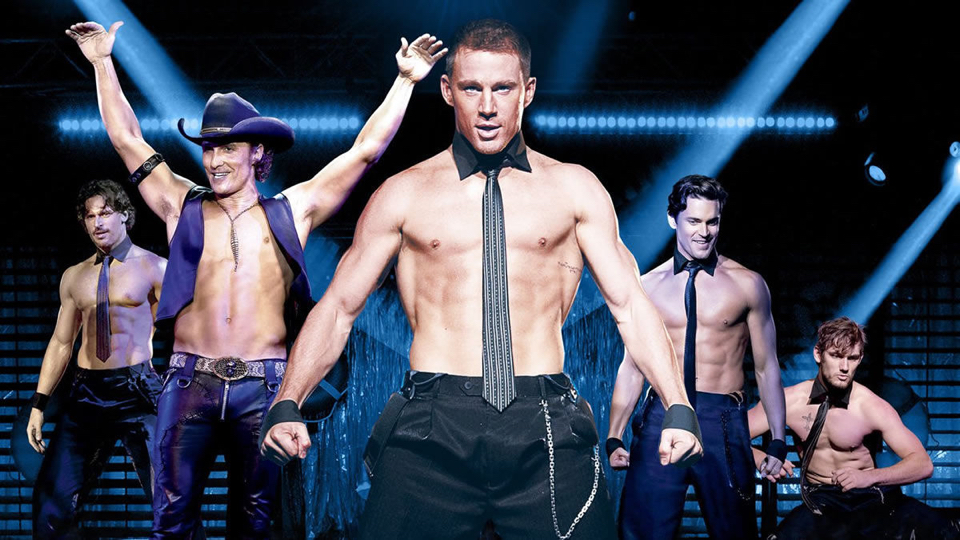 By day, Mike (Channing Tatum) makes ends meet any way he can — handyman jobs, detailing cars or designing furniture. But nighttime is when Mike really gets to display his many talents: He’s the hot headliner in an all-male revue. Mike sees potential in a 19-year-old he dubs the Kid (Alex Pettyfer), takes the teen under his wing and instructs him in the tricks of the trade. However, Mike learns there’s a downside to the stripper lifestyle when it threatens his romance with the Kid’s sister.

In MAGIC MIKE XXL, it’s been three years since Mike Lane’s (Channing Tatum) retirement from stripping, but the former dancer misses the excitement and feeling of being on stage. Most of all, though, he misses the best friends that he ever had, the crew known as the Kings of Tampa. Opportunity comes knocking when the guys look him up as they travel to Myrtle Beach, S.C., for a stripper convention. With the promise of outrageous fun, a reinvigorated Mike can’t resist the chance to join in and take it off again.

This double feature is presented in conjunction with Montclair Center’s LADIES NIGHT OUT, with MAGIC MIKE starting at 7:30PM, followed by MAGIC MIKE XXL at 9:45PM. (One ticket covers both films, or just come for either one!)