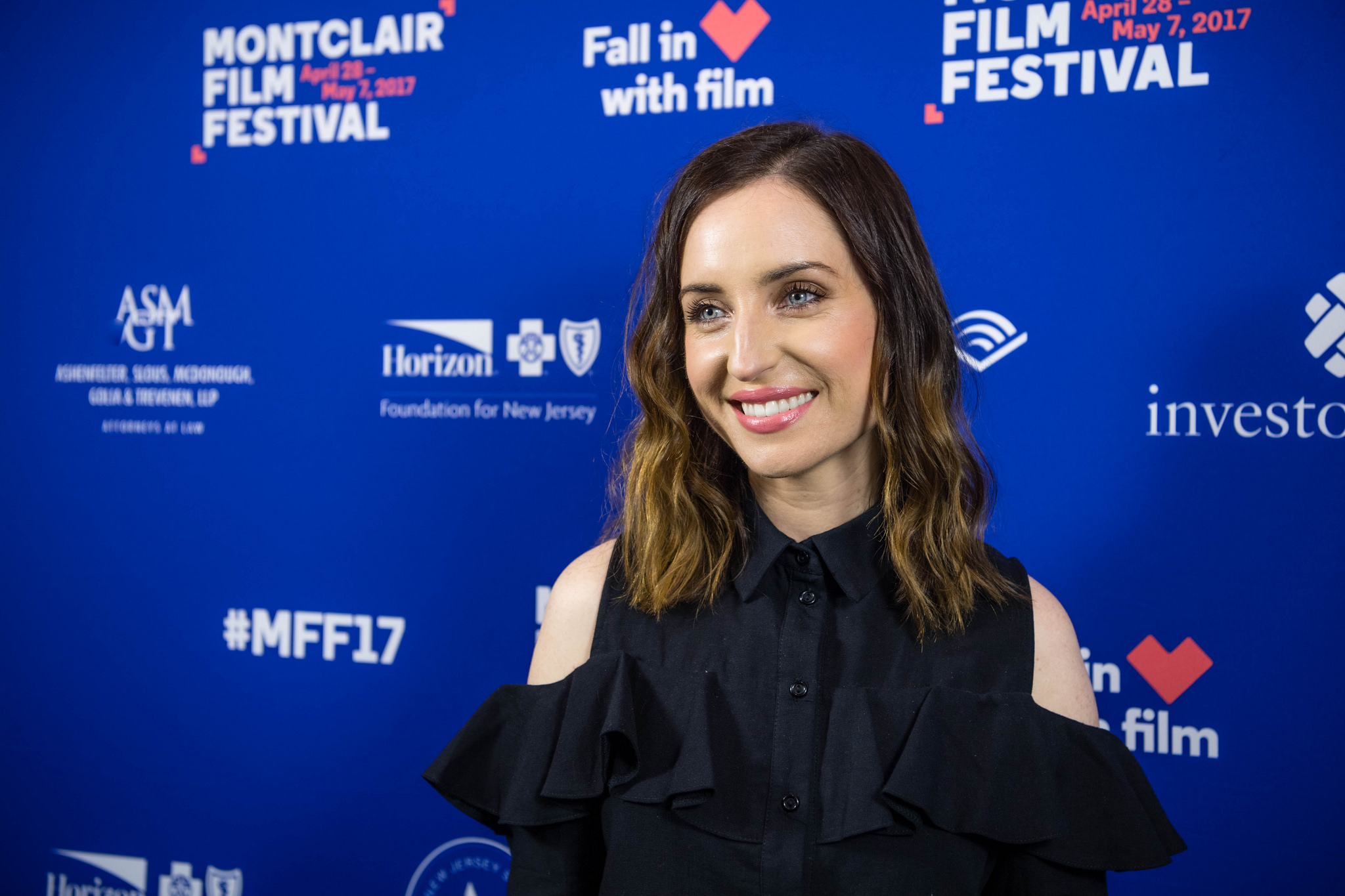 When we first meet Anna (Zoe-Lister Jones) and Ben (Adam Pally), she’s staring angrily at a sink filled with dirty dishes and he’s lounging on the couch, blissfully unconcerned with the mess. She berates him for not washing them, he returns fire, and the argument escalates. Even the leak in the plumbing bodes ill, suggesting a rupture in their marriage that’s about to burst. But the battle takes an unusual twist when Ben and Anna’s heated exchanges morph into a fragment of song. This is the beginning of BAND AID, the story of a contentious couple that decides to work through their problems musically. Written and directed by actress Zoe Lister-Jones from the TV show Life in Pieces, the film follows Ben and Anna as they form a band, turn their tirades into raw artistic material, and add a drummer who’s a recovering sex addict to the act (Fred Armisen, who gets to show off his musical chops). But is it really possible to change rage into harmony? Despite its whimsical beginning and frequently funny script, Band Aid hints at dashed hopes and tragedy, and the humor grows darker as the couple’s repressed feelings slowly reveal themselves. Eschewing the fast cuts and pace found in many a romantic comedy, BAND AID takes a quirkier, character-based approach that foregrounds language, both spoken and sung; it also serves as a love letter to music. Not only are the songs posited as a form of pleasant medicine that could cure what ails the couple, but Ben and Anna enjoy a variety of musical experiences as they develop their plan for the band, and these encounters provide moments of joy. From children playfully tinkering with toy instruments to a drum circle the two briefly join, life and music intricately intertwine here. It’s no surprise, then, that Ben and Anna’s vicious outbursts effortlessly, almost magically, become musicalized. After the film, Lister-Jones and Montclair Film Executive Director Tom Hall conducted a Q&A with Hall beginning by asking about the project’s genesis. While Lister-Jones had co-written films before, and handled rewrites, she hadn’t done something on her own. She wanted a film she could have fun with, and so the songs were her starting point. In addition, Lister-Jones was really interested in looking at the way couples fight; she herself had been with her husband for 13 years altogether and married for four. Even though “domestic quarrels feel singular,” she’d realized from talking with her friends that “we’re all having the same fights . . . and there’s universality to that.” Hall asked her at what point in the process she’d shown her husband the script; she responded that he was “not the first person” to read it—although he did eventually. “I feel like we were in a fight when he read it,” she admitted, laughing. As an actress who began her career in theater, Lister-Jones asserted that for her the script was the bible. But she wanted hers to feel “lived in” and she had to strike a balance between having the actors honor the script as written and allowing it to feel authentic, natural, to them. She had never worked with Adam Pally previously, so they essentially bonded by having two months of band practice to prepare the musical numbers. “That created a lot of intimacy, which helped everyone.”

Regarding the film’s subject, Lister-Jones asserted that she “wasn’t afraid of darkness” and that “she wanted to make a movie like [John] Cassavetes,” only a comedy instead. BAND AID was shot with two cameras, which she said allowed her to “capture a lot of nuance without repeats.” Another of her goals was to experiment with the long take, and that she created a kind of visual choreography specifically for her and Adam. Their biggest fight in the film was done in a seven-minute take, which she did cut into for a shot that lasted for four minutes.

Because she wanted the “imperfections of live performance” in the musical sequences, the songs were all played live—although most of the rehearsal time had been devoted to working on the music.

At that point, Hall opened it up to questions from the audience. One person praised the all-round diversity in the film, with many actors throughout being people of color. Lister-Jones admitted to being conscious of that, noting that too often—especially in indie films—there were not only white lead protagonists but everyone around the stars was white, too. She didn’t want that, and in addition, created diversity behind the scenes by hiring an all-female staff.

Another person queried use of the “drip” in the film, which figured prominently in a couple of scenes. She responded that it was a “metaphor for relationships, which always need repair.” Someone asked about a lengthy speech given by Ben’s mother in which she gives her point of view on the gender divide, and the different way men and women process emotions. Lister-Jones admitted that it was her personal take, based on her own experiences in heterosexual relationships. Although she wanted to be careful not to make generalizations, she did feel that men are raised in a specific way that affects how they compartmentalize their feelings. That difference is “a part of living in our patriarchal society,” and “fissures in relationships” are caused because we fail to admit that. Tom Hall affirmed that Ben’s withdrawal into video games in the film, particularly Super Mario Brothers, was totally “legit.” An audience member wondered why she had chosen to make the characters Jewish. “Because I am and Judaism has played a meaningful role in my life,” Lister-Jones asserted; she referred as well to the long history of Jewish humor. Someone asked what inspired her to write. “Artists generally have an inexplicable hunger to create,” she responded. But she also finds inspiration in fellow artists’ work (she mentioned Woody Allen’s Husbands and Wives), the world at large, the mess we’re currently in today, and her own personal life.

Finally, she addressed Fred Armisen’s participation in the film. Although she hadn’t written the part for him, she felt that “in retrospect I couldn’t think of anyone else playing the role.” And she admitted that the universe seemed to be on her side when he signed on to the film. In a weird coincidence, after he’d done the film, Armisen found an old message on his phone that simply had her name on it. He could not remember having received it. In response to a question about how much improvisation Armisen did, Lister-Jones said that it was about 75% scripted, 25% improv, and that he stuck with the script for the most part. And no one could get through a song without laughing.

BAND AID will be opening in New York (at the IFC) and in LA on June 2nd. For more information, visit the film on Twitter.

View more pics from the screening!