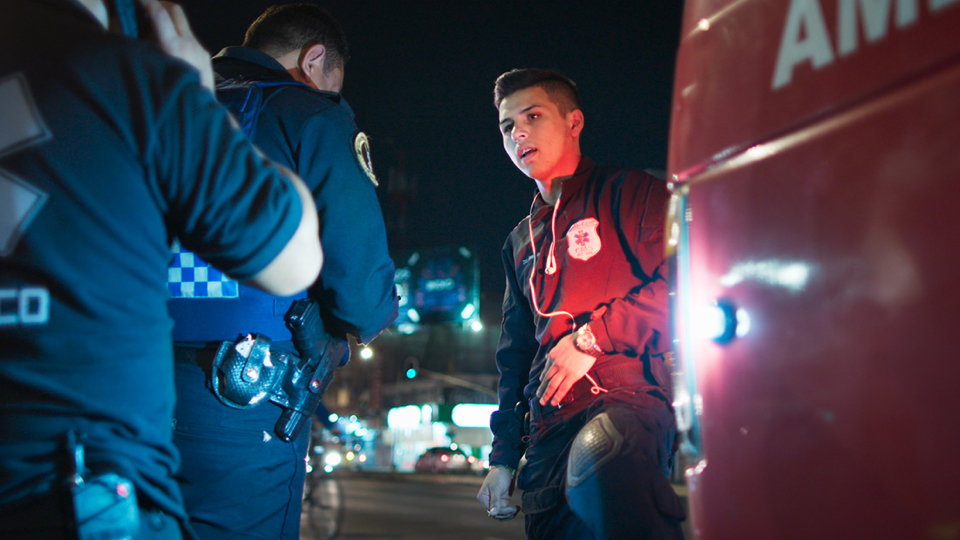 Winner: A Special Jury Prize was awarded to Luke Lorentzen for Cinematography in the MFF19 Documentary Feature Competition

Luke Lorentzen’s superb cinema verité documentary MIDNIGHT FAMILY is a powerful indictment of a fractured, dehumanizing, and corrupt healthcare system. Mexico City has fewer than 45 government-run ambulances to serve a population of 9 million people. The void is filled by an ecosystem of private ambulances and EMTs. Lorentzen follows one of these private ambulances run by the Ochoa family, a dad and his two teenage sons. Once corrupt police officers demand higher bribes, the Ochoas are faced with some tough and morally muddled decisions that would allow them to make money off the people in their care.

In Spanish with English subtitles.