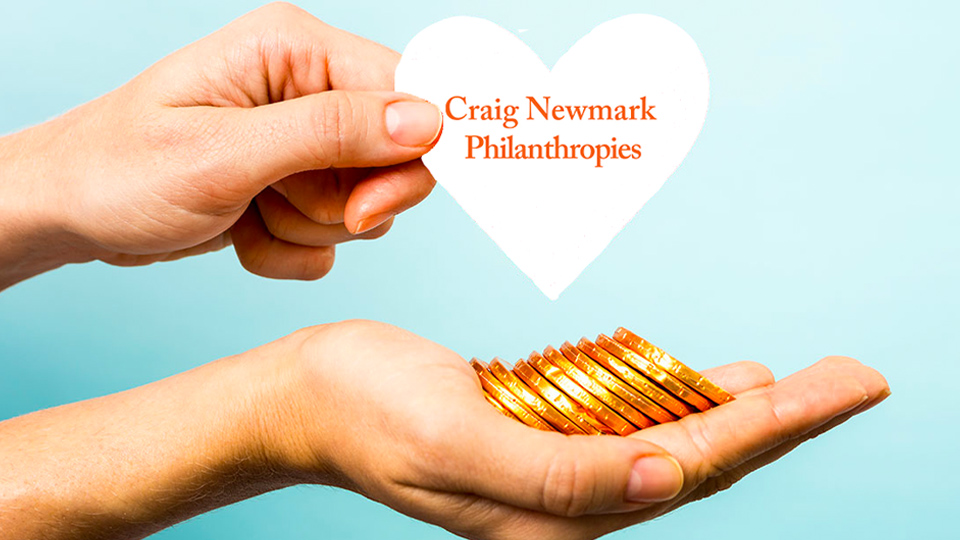 Montclair Film today announced a $50,000 gift from Craig Newmark Philanthropies for the 9th Annual Montclair Film Festival, to take place May 1-10, 2020. The support from the foundation of craigslist founder Craig Newmark will help the organization present stimulating new films that explore the world in meaningful ways.

“Through their power to tell stories, film and other arts have the ability to spark understanding and empathy, and that’s important to encouraging civic engagement,” said Newmark. “I’m proud to support Montclair Film as they bolster the New Jersey community, my home state, and our entire country in this way.”

The festival welcomes over 28,000 patrons annually to:

Montclair Film also received a Cooperative Marketing Grant of $20,500 from the New Jersey Department of State, Division of Travel and Tourism, to help support the implementation of its 2020 marketing plan. This strategy includes promoting the signature spring film festival, year-round screenings and public programs at Cinema505, as well as classes and workshops at the Montclair Film Education Center.

Montclair Film’s marketing efforts focus on attracting a geographically diverse audience of cultural tourists to explore Montclair’s parks and gardens, restaurants, museums and galleries, retail establishments, and regional hotels. These efforts help to enhance the organization’s reputation as the suburban epicenter for arts and culture in the New York Metro Area.

“Montclair Film is a trailblazer within our state and is helping New Jersey rise as a top destination for visual storytelling,” said Jeffrey Vasser, Executive Director of the New Jersey Division of Travel & Tourism. “From hallmark events, like the Montclair Film Festival, to live performances and celebrity speaker series, Montclair Film brings the arts to residents and visitors of the state, and we’re proud to have them as a strong partner.”

In addition, Montclair Film received a grant of $15,000 from Horizon Blue Cross Blue Shield of New Jersey. The donation, made through The Horizon Foundation for New Jersey, will be used to help fund this year’s film festival.

“Horizon is pleased to support the important work being done by Montclair Film to promote a greater understanding, awareness, and appreciation of the art of filmmaking and the role that media arts and storytelling play in our community,” said Jonathan R. Pearson, Executive Director of The Horizon Foundation for New Jersey.

“These donations will enable Montclair Film to continue our important work of connecting artists with audiences and bringing people together through film and storytelling,” said Tom Hall, Executive Director of Montclair Film. “We are grateful to all of our sponsors and donors for their generous support of our mission, and we look forward to bringing another year of inspirational programs to our community.”

Montclair Film strives to create a festival that reflects the diversity and wide-ranging interests of the community. With a depth of local talent in northern New Jersey, Montclair Film’s programs have established the organization as one of the nation’s leading regional film institutions.