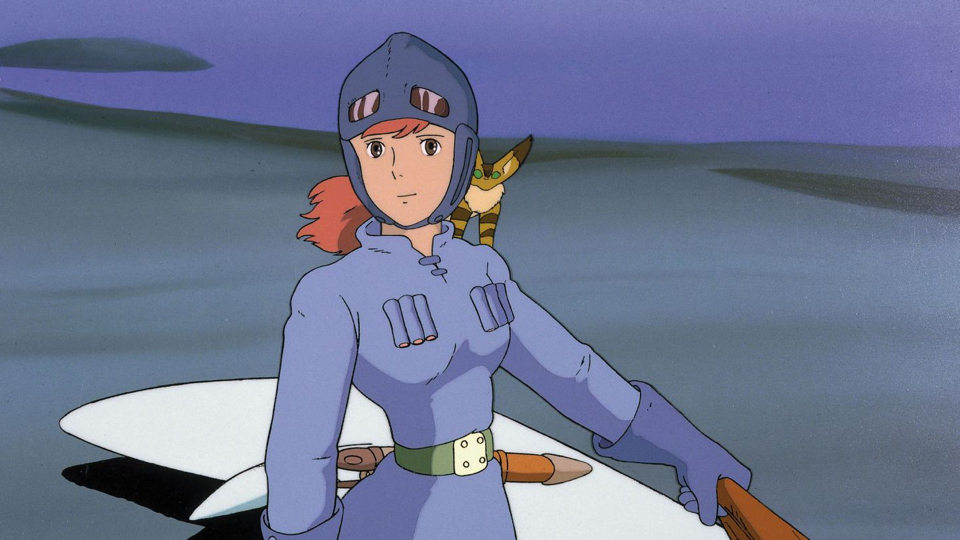 The debut film from Hayao Miyazaki, NAUSICAA OF THE VALLEY OF THE WIND is considered by many to be his masterwork — and there are few films, animated or otherwise, of such sweeping scope and grandeur. Set in a devastated future world decimated by atmospheric poisons and swarming with gigantic insects, NAUSICAA is the story of a young princess, both brave and innocent, whose love for all living things and passionate determination to understand the processes of nature lead her into terrible danger, sacrifice, and eventual triumph. Like most Studio Ghibli films, there is neither good nor evil, but conflicting viewpoints, weaknesses, and power struggles. Throughout the film, Miyazaki’s animation is awe-inspiring; the depiction of the poisoned forest in particular is a thing of transcendent beauty. Once the hallucinogenic strangeness of shape and color has been accepted, there is light, growth and life everywhere. Huge dragonfly-like creatures are accompanied by wonderful, evocative sounds of flight and movement. The lethal fungus plants glow, shimmer and shed spores like silent gleaming snowfalls. This is a film not to be missed.