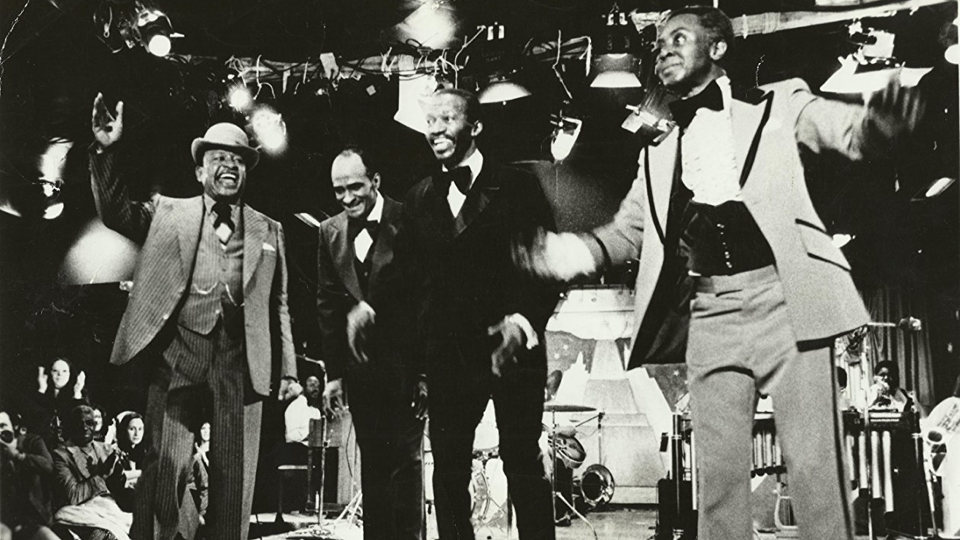 Originally released in 1979, George T. Nierenberg’s exhilarating landmark film NO MAPS ON MY TAPS features music by Lionel Hampton and the dance artistry of Bunny Briggs, Chuck Green, and Harold “Sandman” Sims. Nierenberg’s real love for the dancers and their art have made this joyous documentary a hit with audiences and critics, and the thrilling talent and ebullient charisma of the three dancers shines through in every fame. Thanks to the release of the film on TV, tap dancing gained a huge multitude of new fans and inspired thousands of young dancers to put on tap shoes. Milestone Films has beautifully restored this wonderful film, and we will present it in all of its restored glory. The screening will also feature Nierenberg’s 1985 short film ABOUT TAP.

Director George T. Nierenberg will be in attendance on Friday, September 8th and Saturday, September 9th for a post-screening Q&A