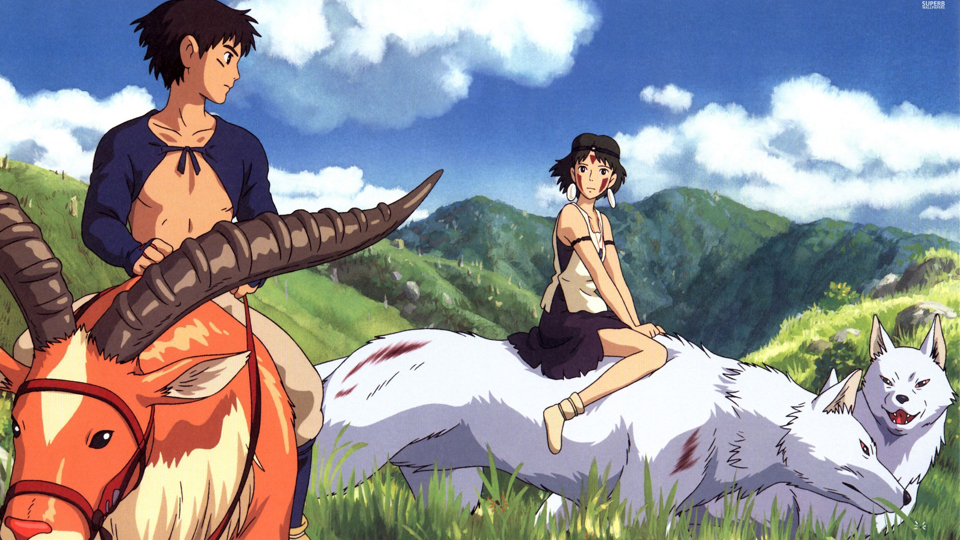 Universally acclaimed by critics, PRINCESS MONONOKE is a landmark of animation and a film of unsurpassed power and beauty, An epic story of conflict between humans, gods, and nature. Defending his village from a demonic boar-god, the young warrior Ashitaka becomes afflicted with a curse that grants him super-human power in battle but will eventually take his life. Traveling west to find a cure or meet his destiny, he journeys deep into sacred depths of the Great Forest where he meets San (Princess Mononoke), a girl raised by wolf-gods who is waging battle against the human outpost of Iron Town, on the edge of the forest. The girl Mononoke is a force of nature – with blood smeared lips, riding bareback on a great white wolf, doing battle with both gods and humans, she is as iconic a figure as any from film, literature, or opera.