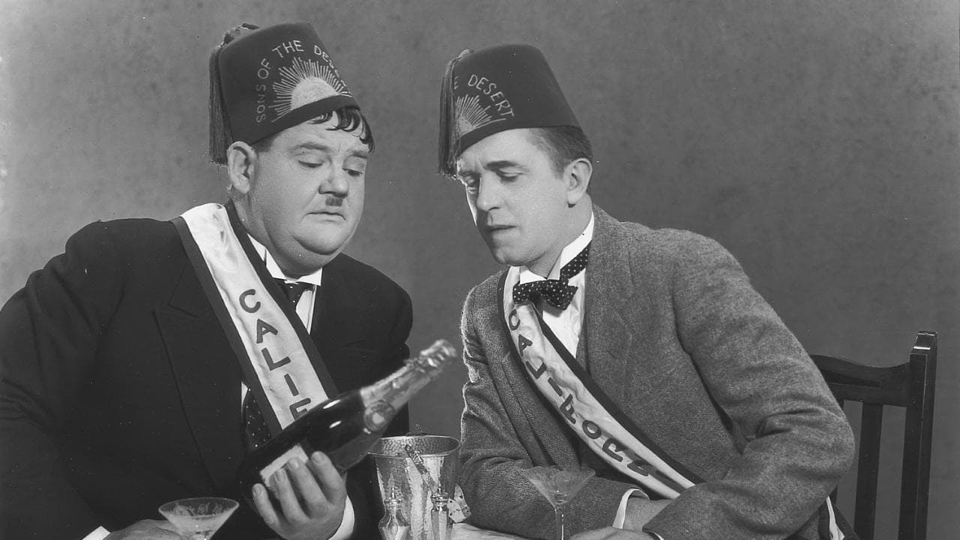 Widely considered to be one of Laurel and Hardy’s greatest films, William A. Seiter’s SONS OF THE DESERT tells the story of two best friends seeking to escape their wives for a getaway vacation aboard a cruise ship. But when disaster strikes, the pair must cover their tracks to escape the expected wrath they face back home.

Montclair Film is proud to present this stunning restoration of one of the great American masterpieces of comic cinema, in partnership with The Film Foundation. Restored by the UCLA Film & Television Archive and The Film Foundation, with funding provided by the George Lucas Family Foundation.