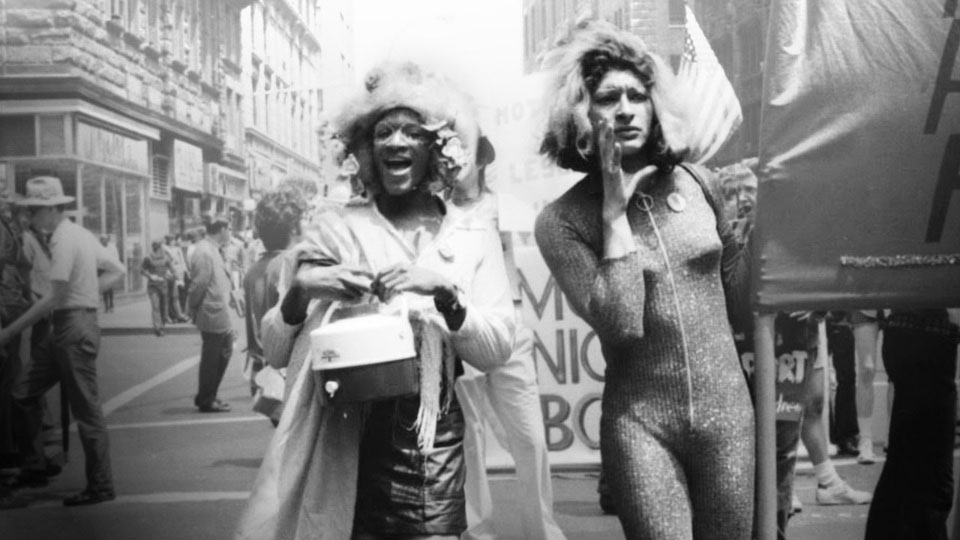 Marsha arrived in the Village in the 1960s where she teamed up with Sylvia Rivera when both claimed their identities as “Drag Queens,” to use the vernacular of the times. Together, the radical duo fought arrests, condemned police brutality, organized street kids, battled the intolerant majority within the gay community, and helped spearhead the Stonewall Riots. In 1970 they formed the world’s first trans-rights organization, STAR (Street Transvestites Action Revolutionaries). Despite their many challenges over the years—bias, homelessness, illness—Marsha and Sylvia ignited a powerful and lasting civil rights movement for gender nonconforming people.

Now, a quarter century later, at a time of unprecedented visibility and escalating violence in the transgender community, a dynamic activist named Victoria Cruz has taken it upon herself to reexamine what happened at the end of Marsha’s Life. THE DEATH AND LIFE OF MARSHA P. JOHNSON follows as this champion pursues leads, mobilizes officials, and works to get to the bottom of Marsha’s death.