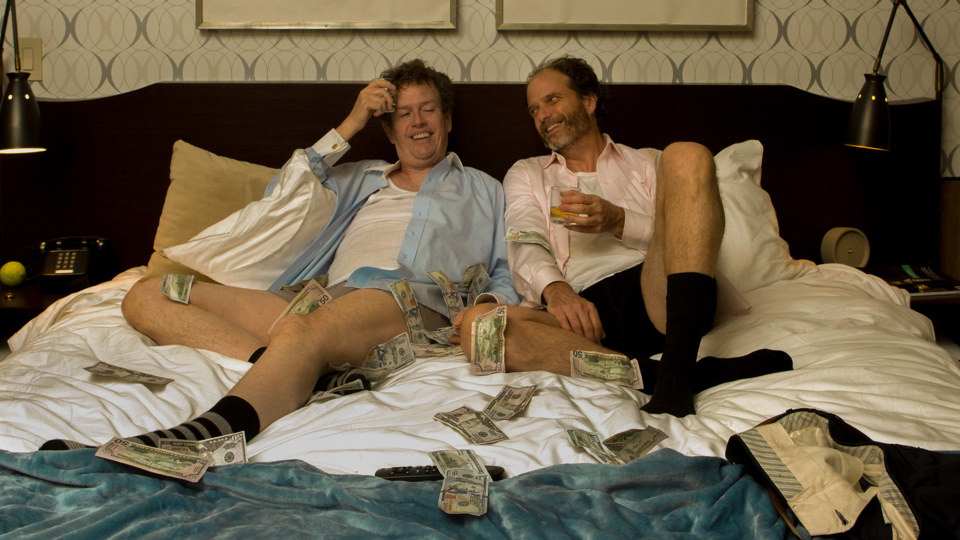 In a fully-stocked hotel room on the night of the 2016 election, two Trump supporters celebrate the unexpected results, in the latest from indie provocateur Onur Tukel. As the night rages on, an ensemble of characters venture in and out. Some match the two’s enthusiasm, while others voice their terror at the prospect of the incoming President, but most struggle to find reasons to care less about the results that caused the debauched celebration occurring around them. Led by Dylan Baker’s gleefully deranged performance, Tukel’s tongue-in-cheek exploration of a divided America digs deep into that night’s mass existential crisis, and leaves us with some disquieting results.