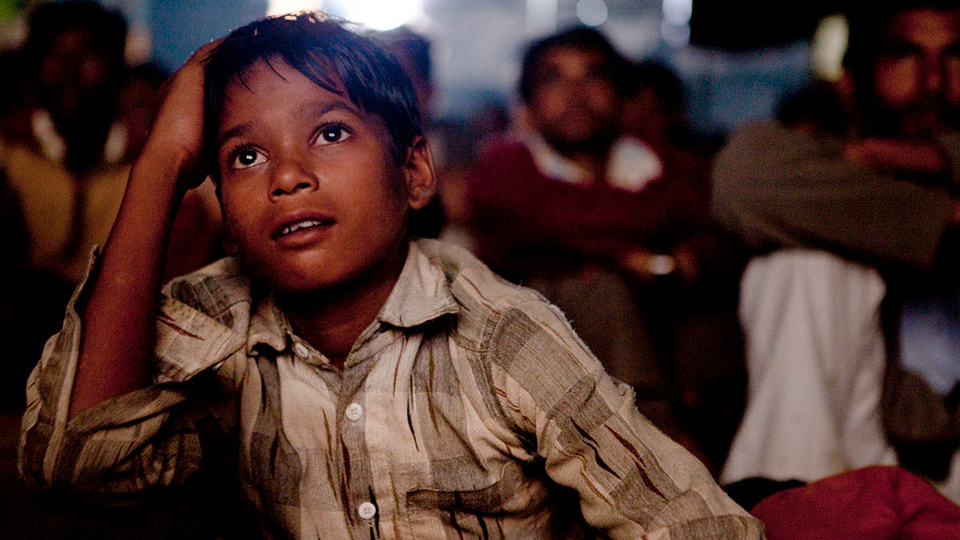 As the world confronts new attitudes towards globalization and nationalism, the 2017 Montclair Film Festival is excited to offer more than a dozen films with international viewpoints. The latest film in director Matias Piñeiro’s loose, innovative, and beautifully contemporary adaptations of Shakespeare’s plays, HERMIA & HELENA is unlike any other film in the festival. A transcontinental story, where the written words of Shakespeare clash with the entanglements of modern, digital life. When a young translator accepts a New York City residency, she seizes upon the opportunity to connect with a previously unknown stranger, an encounter that will shape her experience of America and reframe her life as she knows it. In English and Spanish with English Subtitles. Showing: May 6, 1:30pm and May 7, 11:15am at the Clairidge Cinemas. In Person: Director Matías Piñeiro, Actor Dan Sallitt, and Producer Graham Swon. BUY TICKETS Directed by Jeff Malmberg and Chris Shellen, SPETTACOLO is the story of Monticchiello, a tiny hill town in Tuscany that found a remarkable way to document their history and confront their own contemporary conflicts—they turned their lives into a play. Every summer for the past 50 years, their piazza becomes a stage for the community and villagers from ages 6 to 90 to play a part—the role of themselves. An elegiac rendering of the changes in the economic and social landscape of the community, SPETTACOLO is a testament of the vital role theater can play in helping us all understand our lives. In Italian with English Subtitles. Showing:  May 3, 6:30pm and May 4, 8:45pm at the Bellevue Cinemas. In Person: Director Jeff Malmberg. BUY TICKETS

Through its lyrical structure, CHAVELA takes viewers on an evocative, thought-provoking journey through the iconoclastic life of game-changing artist Chavela Vargas. Centered around never-before-seen interview footage of Chavela filmed 20 years before her death in 2012 and guided by the stories in Chavela’s songs, the film weaves an arresting portrait of a woman who dared to dress, speak, sing, and dream her unique life into being. Directors Catherine Gund and Daresha Kyi explore the myths and tales others have told about Chavela, as well as those she spread about herself, to create a provocative portrait of an unforgettable woman. In English and Spanish with English Subtitles. Showing: April 29, 2:15pm at the Bellevue Cinemas. In Person: Directors Catherine Gund and Daresha Kyi, Associate Producers Laura Pilloni and Laura Tatham. BUY TICKETS Traveling town to town on an annual circuit, film-loving showmen drive their mobile cinemas to faraway villages in India, bringing the wonder of the movies to audiences without any other means (or a local movie theater) to see them. Seven decades on, as their cinema projectors crumble and film reels become scarce, their patrons are lured by the ease and cost efficiencies of new digital technology. THE CINEMA TRAVELLERS captures this cinematic transformation as a benevolent showman, a shrewd exhibitor, and a maverick projection repairman bear a beautiful burden—to keep the last traveling cinemas of the world running. In Marathi and Hindi with English Subtitles. Showing: April 29, 7:30pm and May 1, 6:30pm at Clairidge Cinemas. BUY TICKETS In CITY OF GHOSTS, his wrenching portrait of citizen journalism in the shadow of ISIS, director Matthew Heineman (CARTEL LAND) examines the work of the award-winning “Raqqa Is Being Slaughtered Silently”—a group of anonymous activists who came together during the Syrian civil war before fleeing when their hometown was taken over by ISIS in 2014. Working a network of connections in Raqqa, the group uses digital technology to bring the brutality of the Syrian conflict and the rule of ISIS into international view. Featuring unprecedented access, CITY OF GHOSTS is a powerful portrait of journalists standing together against unspeakable atrocities. Showing: May 5, 6:45pm and May 6, 12:30pm at the Bellevue Cinemas. In Person: Director Matthew Heineman. BUY TICKETS During the turmoil in Egypt that followed the ousting of former President Mohammed Morsi from power, Egyptian police arrest several activists from different political and social backgrounds and throw them in the back of a van. But where is the van headed and what fate awaits those in custody? CLASH is director Mohamed Diab’s searing look into social complexities of the political uprising in Egypt, set entirely within the uncertain confines of a single police van. This daring, dizzyingly inventive drama uses the camera to reinvent cinematic space, rendering a portrait of an entire nation inside a single space. In Arabic with English Subtitles. Showing: May 3, 6:00pm and May 7, 7:00pm at the Clairidge Cinemas. BUY TICKETS In THE COMMUNE, after the fading wake of the free love era, Erik and Anna are a professional couple with a dream. Along with their daughter Freja, they set up a commune in Erik’s huge villa in the upmarket district of Copenhagen. When their new live-in comrades arrive, the group forges a community of fun, friendship, love, and togetherness under one roof, until an earth-shattering love affair puts the community and the commune to its greatest test. In Danish with English Subtitles. Showing: May 1, 6:30pm and May 2 at 8:45pm at the Bellevue Cinemas. BUY TICKETS FOX is a short film set in Greece as three siblings enjoy the last wild days of their youth. In Greek with English Subtitles. Showing: May 7, 7:15pm at the Bellevue Cinemas as part of SHORTS: FICTION SHORTS. BUY TICKETS In THIRST STREET, reeling from a devastating breakup, eager-to-please American flight attendant Gina (Lindsay Burdge) works a trip to Paris with her colleague Lorraine (Cindy Silver). Feeling adrift and lonely on her layover, Gina is dragged by Lorraine to a fortune-teller, who predicts Gina will encounter her soulmate in the City of Lights: “a man with something in his eye.” After a one-night stand with nightclub bartender Jérôme (Damien Bonnard), Gina thinks she’s found her man, but Jérôme’s new girlfriend Clémence (Esther Garrel) has something to say about it, sending Gina down a spiral of miscommunication, masochism, and madness. In English and French with English Subtitles. Showing: May 6, 5:30pm and May 7, 4:45pm at the Clairidge Cinemas. BUY TICKETS

THE TEACHER takes place in Bratislava, a suburban school, 1983. Since the arrival of Maria Drazdechova, the school’s newest teacher, life has turned upside down for students and parents. When a student’s suicide attempt is tied to Miss Drazdechova’s unconventional methods, the principal is forced to call the students’ parents for an urgent meeting to decide how to proceed: move Miss Drazdechova out of the school or let it go in deference to her high connections within the Communist Party? Will the families dare to stand up for what they believe, or will they just remain silent for fear of possible repercussions? Showing: May 3, 8:45pm and May 4, 9:15pm at the Bellevue Cinemas. BUY TICKETS And finally, MFF17 is very excited to present STALKER. In the near future, in an abandoned industrial facility located inside The Zone, exists a special room that, once entered, will make your deepest, unconscious desires a reality. The only way to find the room is to engage the services of a Stalker, someone who can intuit its location and lead you through the dangers of The Zone. But what happens when your unspoken dreams come true? The MFF is proud to present this stunning restoration of STALKER, produced by Mosfilm from a 2K scan of the camera negative. This special presentation of STALKER made possible by Janus Films. Showing: April 29, 4:00pm and April 30, 7:00pm at Cinema505. BUY TICKETS