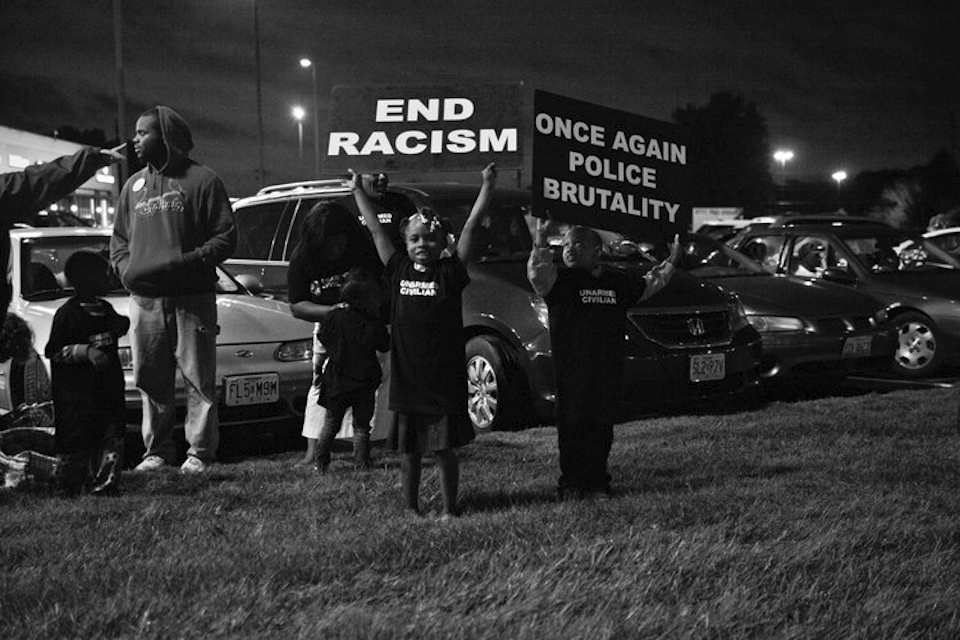 When unarmed teenager Michael Brown is killed by police in Ferguson, MO, it marks a breaking point for the residents of St. Louis County. Grief, long-standing tensions, and renewed anger bring the community together and, in the days that follow, transform everyday citizens into activists, standing on the front lines to demand justice and accountability. When the fully militarized National Guard descends on the town in response, a new wave of resistance is born and, for this generation, it is a battle for the right to live. WHOSE STREETS? is a look at the definitive movement of our moment. Montclair Film Festival was pleased to speak with Director Sabaah Folayan about her powerful documentary.

Why did you feel the need to tell this story?

Sabaah: What I was seeing play out on the news didn’t match up with my intuition, and the things I knew to be true historically. I wanted to find the truth out for myself.

What motivated you to be a filmmaker?

Sabaah: I am driven by a passion for the power of stories to transform people and create worlds.

Where were you born and raised? And how has your past influenced your decision to make this film?

Sabaah: I was born and raised in South Central LA. As an advocate at Rikers Island, I interviewed incarcerated people about their experiences with trauma. Sharing these experiences, I learned how powerful and transformative storytelling can be both for audiences and for those who share.

What was left on the cutting room floor that you wished you could have fit into the film?

Sabaah: There are many people who contributed to this movement who are not featured in the film. Social change takes everyone. This story was meant to show a window into the experience of participating in protest.

Was there ever a time when your subjects asked you not to record, or later asked you to take something out of the film?

Sabaah: Yes. We had a policy of respecting the wishes, comfort level, and security of the people in our film.

What do you hope the MFF17 audience will take away from WHOSE STREETS?

Sabaah: I hope that they see the humanity and dignity in the people who risk their lives to defend our constitutional and human rights.

Director Sabaah Folayan will be a guest at the following screenings of WHOSE STREETS?: May 6, 8:45pm and May 7, 12:00pm, both at the Bellevue Cinemas. BUY TICKETS

Sabaah will also be a featured panel guest at the inaugural EMERGING BLACK VOICES program, May 6, 1:00 PM at Cinema505. This is a free event.