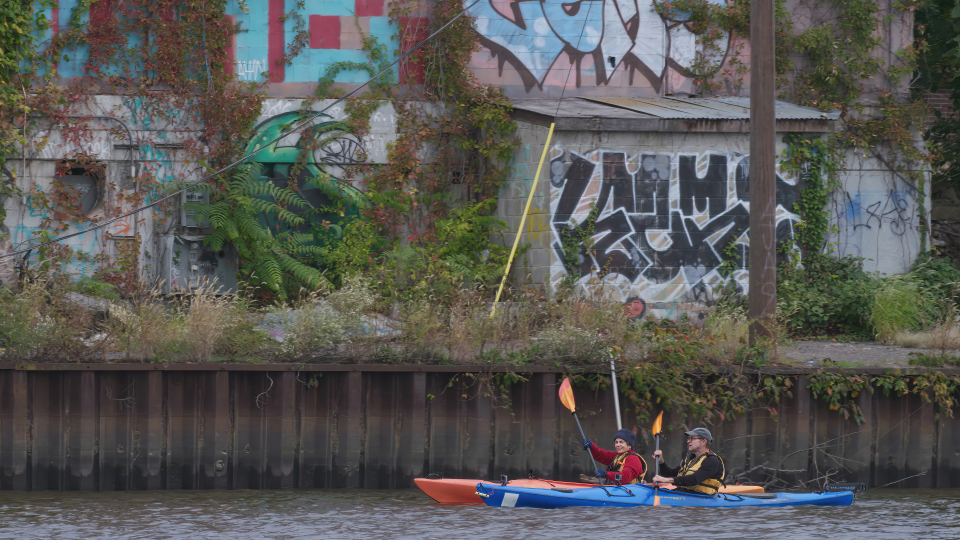 AMERICAN RIVER is a new documentary by Scott Morris about a four-day kayak journey down the Passaic River, one of the most beautiful and neglected waterways in the United States. The story centers on Mary Bruno, who spent her childhood fearing the polluted stretch of the Passaic near her home and returns decades later to rediscover the river of her youth.

The film is a cinematic adventure that follows Ms. Bruno and river guide Carl Alderson as they travel from the Passaic’s pristine headwaters to its toxic mouth in Newark Bay.  Along the way, the filmmaker engages residents, experts and advocates in candid conversations that reveal the Passaic’s history, geology and ecology:  How did this powerful and once-celebrated river become one of the most contaminated in America?  Can it be saved? The Passaic is an archetype for thousands of rivers across America facing similar reckonings.