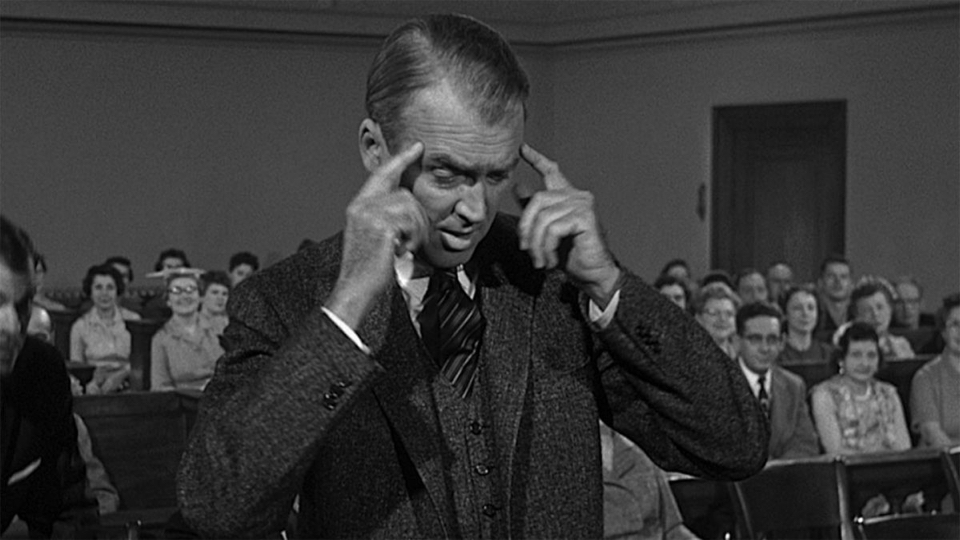 ANATOMY OF A MURDER is noteworthy for being one of the first films to extensively feature jazz in the musical score – the entire musical soundtrack was composed by Duke Ellington and Billy Strayhorn and played by Ellington’s orchestra. Several of the Ellington band’s sidemen, notably Johnny Hodges, Paul Gonsalves, Harry Carney, Russell Procope, and William “Cat” Anderson, are heard prominently throughout the film, and Ellington himself appears briefly as “Pie-Eye,” the owner of a roadhouse where Paul Biegler (Stewart) and Laura Manion (Remick) have a confrontation.

Despite being heard “in bits and pieces” the score “contains some of his most evocative and eloquent music… and beckons with the alluring scent of a femme fatale.” Including small pieces by Billy Strayhorn, film historians recognize it “as a landmark — the first significant Hollywood film music by African Americans comprising non-diegetic music, that is, music whose source is not visible or implied by action in the film, like an on-screen band.”