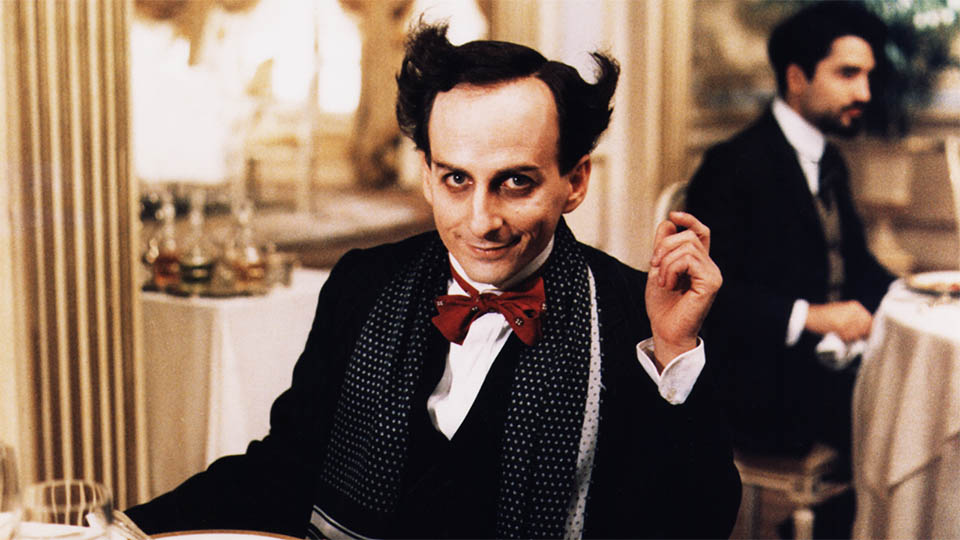 Part of the Spotlight On Auteurs series

In this late-career highlight from Federico Fellini, the ringmaster-auteur trades his customary spectacles—the cinema, the circus, and the variety-show stage—for that of the opera, in a quirky, imaginative fable set on the high seas. A motley crew of European aristocrats (and a lovesick rhinoceros!) board a luxurious ocean liner on the eve of World War I to scatter the ashes of a beloved diva, only to sail into the headwinds of history when they cross paths with a group of Serbian refugees and an Austro-Hungarian warship. Fabricated entirely in Rome’s famed Cinecittà studios with the help of production designer Dante Ferretti, AND THE SHIP SAILS ON reaches spectacular new visual heights with its stylized re-creation of a decadent, bygone era.

In Italian, German, Serbian, and Russian with English subtitles.