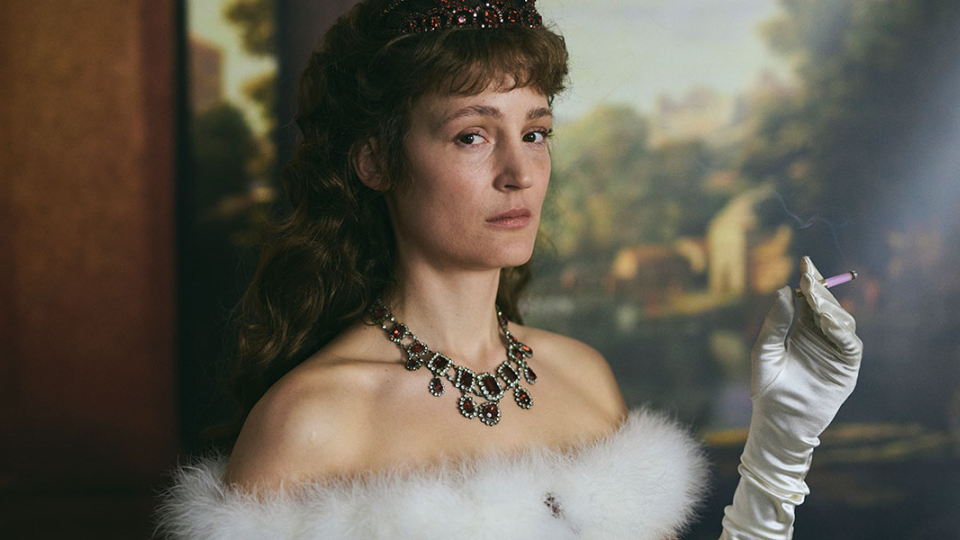 In the 1870’s, no woman in Europe was more admired than the Empress Elisabeth of Austria (Vicky Krieps, in yet another brilliant performance). Known as ‘Sisi,’ Elisabeth was ahead of her time, living a life of freedom and power that eluded almost all other women of her age. In CORSAGE, director Marie Kreutzer finds Elisabeth on the verge of her 40th birthday, an age that most believed made the Empress an elderly matron. But with an unquenchable thirst for a life filled with curiosity and passion, Elisabeth refused to let the limits of her time define her.

In German with English subtitles.