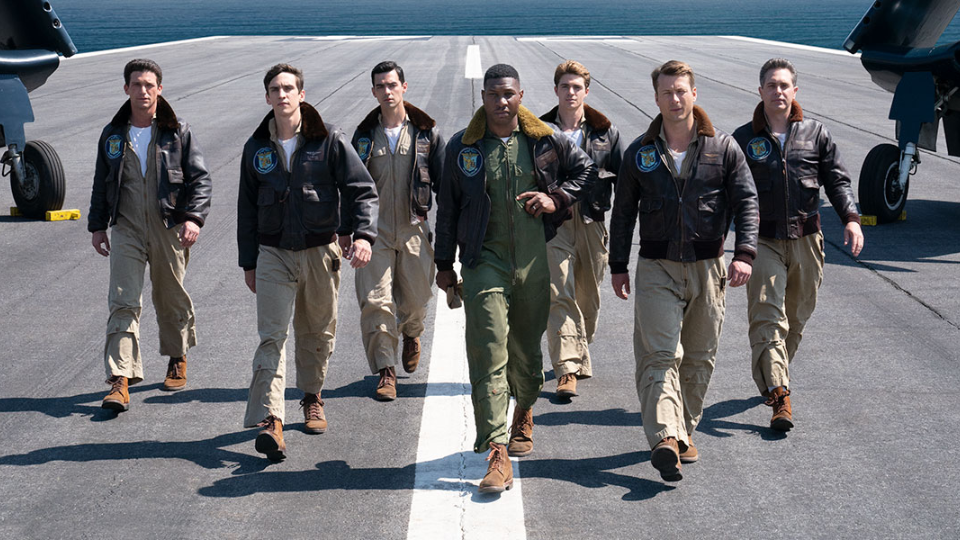 JD Dillard’s DEVOTION tells the harrowing true story of Jesse Brown (Jonathan Majors), the first African-American pilot to complete the Navy’s basic training flight program, and Tom Hudner (Glen Powell), his friend and fellow pilot. When the two elite US Navy fighter pilots are called into aerial combat during the Korean War, their heroic actions would ultimately make them the Navy’s most celebrated wingmen. An aerial war epic based on the bestselling book of the same name, DEVOTION is at once a thrill ride through the skies, and a deeply moving story of friendship and personal sacrifice.