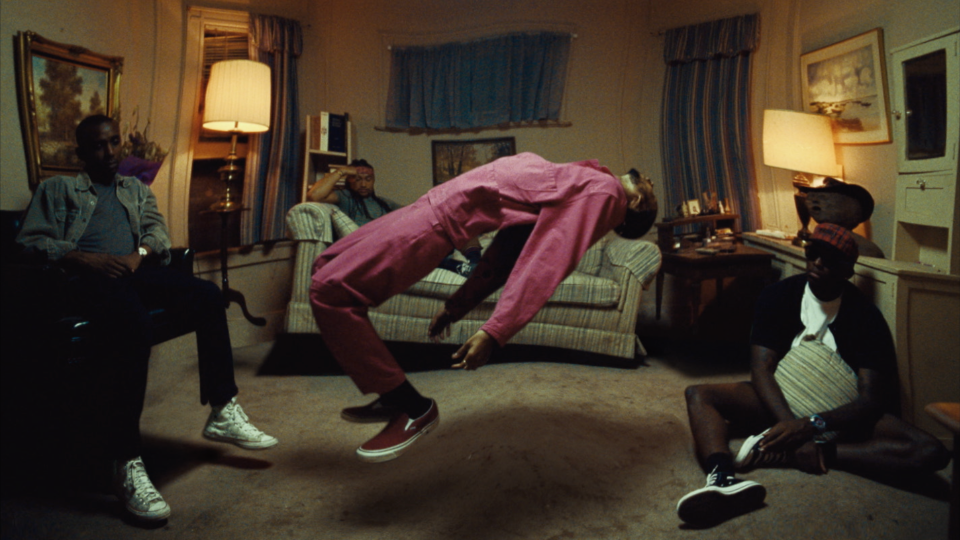 THIS FILM WILL SCREEN FOR BOTH IN-PERSON + VIRTUAL AUDIENCES

In 1970, a group of Black educators in Chicago developed a flashcard set of the Alphabet in order to provide Black centered teaching materials to a vastly White landscape of textbooks and learning materials. The Black ABCs were born. Now 50 years later, as artist Topaz Jones debuts his 2nd album, DON’T GO TELLIN’ YOUR MOMMA is a view into his and America’s Black Identity through 26 individual scenes, each representing a letter and Topaz’s corresponding update to their meanings.