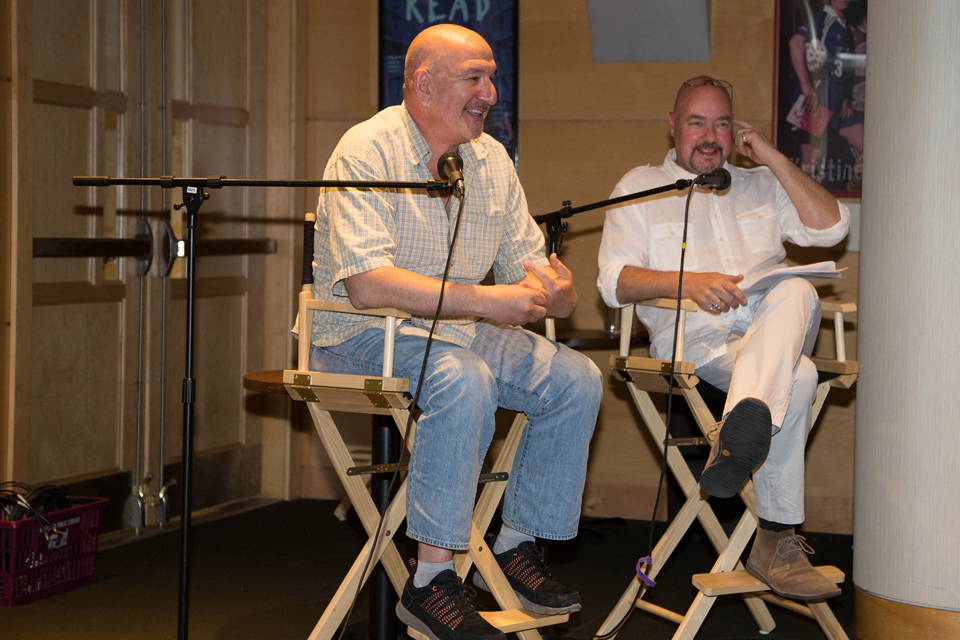 Cinematographer Michael Slovis (Breaking Bad, Law & Order…) joins the fans, and AMC Television’s Joel Stillerman to discuss where some of the best entertainment is emerging from. He gives the audience an in-depth look at cinematography and the complexities and challenges involved in this pivotal entertainment arena. Mr. Slovis brings some of his favorite scenes to show the crowd, and lets the audience in on some of his secrets.