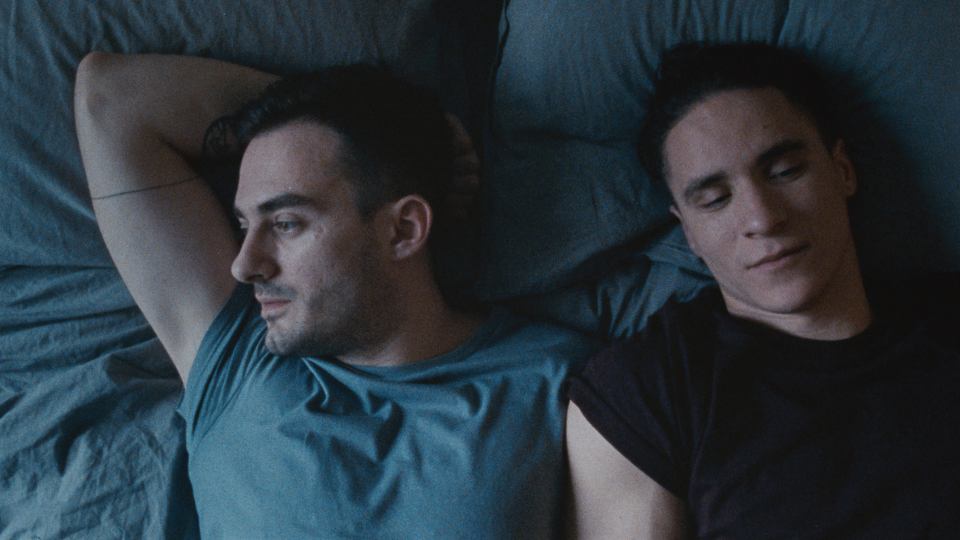 Planning to spend a romantic weekend with his long-distance boyfriend, Christi’s tender reunion is cut short when he is called in to handle a crisis at work. Christi is a member of the Bucharest police force, and his unit is sent to quell a protest at a local movie theater, where a far-right group has interrupted the screening of a queer film. As tensions mount, Christi, closeted to his fellow officers, begins to spiral out of control when he spots a former fling in the crowd, blurring the line between authority and the truth.