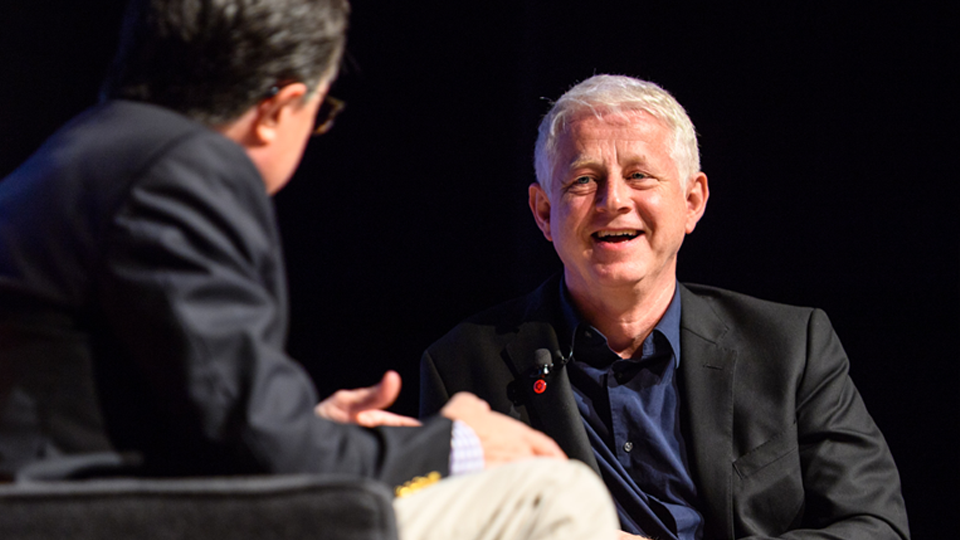 Richard Curtis, screenwriter and director, is interviewed by Stephen Colbert about his distinguished career. Curtis is responsible for films such as FOUR WEDDINGS AND A FUNERAL, NOTTING HILL, BRIDGET JONES’ DIARY, and ABOUT TIME, among others. In the other half of Richard’s life his is the Co-founder and Vice-Chair of Comic Relief, which he started after visiting Ethiopia during the 1985 famine, and the charity has now made over £1 Billion for projects in Africa and the UK.