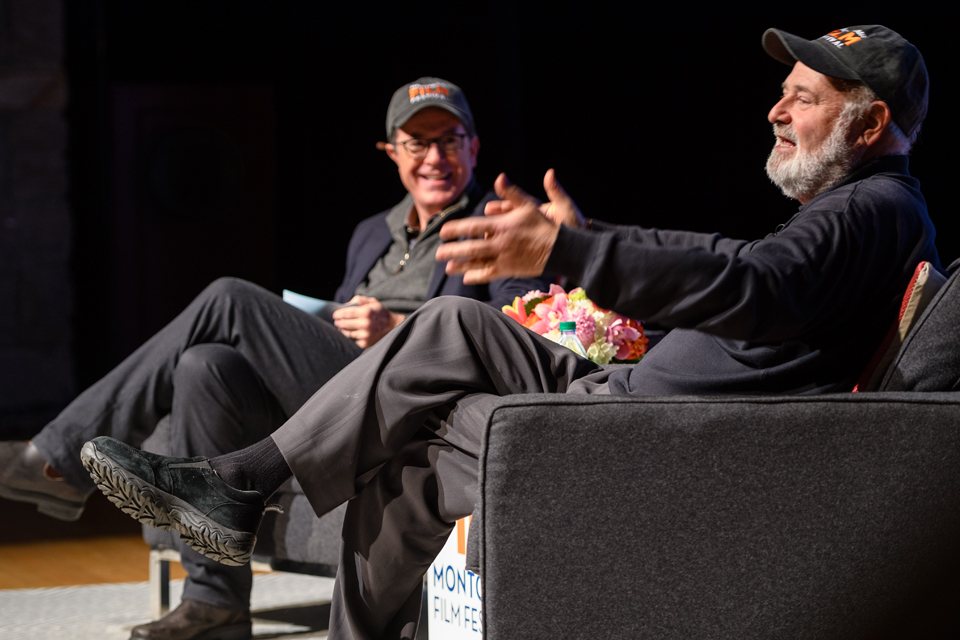 Rob Reiner is interviewed by Stephen Colbert about his storied career, beginning with his fame as an actor in the landmark television series ALL IN THE FAMILY. Reiner went on to direct of some of the most influential motion pictures of our time, ranging from the seminal comedies THIS IS SPINAL TAP, WHEN HARRY MET SALLY, and THE PRINCESS BRIDE, to classic dramas like STAND BY ME, MISERY, and A FEW GOOD MEN. Reiner is also a committed political activist: he and his wife Michele helped form The American Foundation for Equal Rights.

Recorded Sunday, May 1, 2016 at Montclair Kimberley Academy
In Conversation is presented by