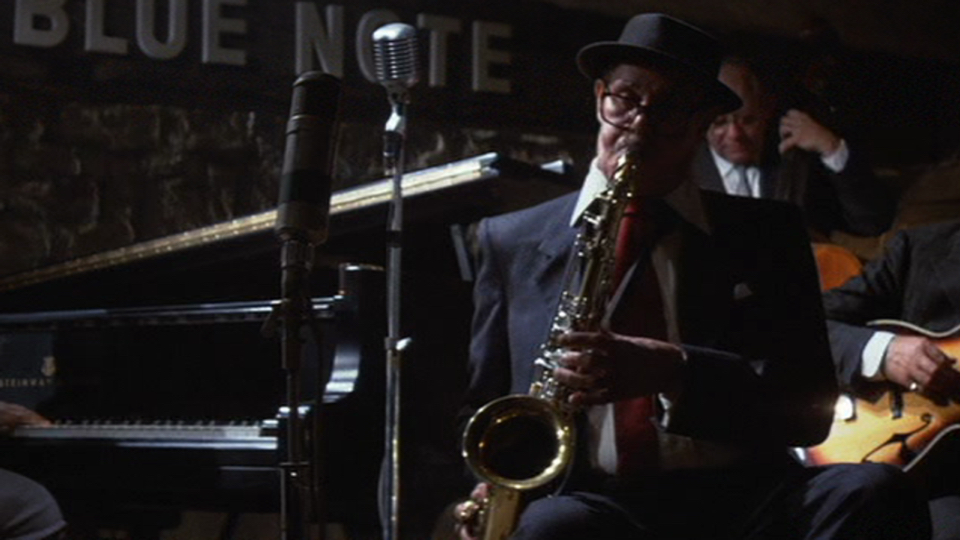 In the 1950s, Dale Turner (Dexter Gordon, who was nominated for an Academy Award for his performance in the film), a gifted black saxophonist with a drinking problem, leaves behind New York and his estranged family and relocates to Paris. There he plays for a progressive, jazz-loving audience without being judged by his race, and ages quietly in peace. Not intending to turn away from his vices, Dale nonetheless becomes the project of a French fan (François Cluzet) who tries to help him fight his alcoholism, ultimately inspiring both Dale and his music.

One of the great jazz scores of all time, the film’s music was recorded live to camera, with players like Ron Carter, Herbie Hancock, Bill Higgins, Bobby Hutcherson, John McLaughlin, and Wayne Shorter joining Dexter Gordon on classic tunes. The spontaneity of their performances is preserved, creating a beautiful homage to the ex-pat experience of jazz musicians seeking to find freedom in the City of Lights.