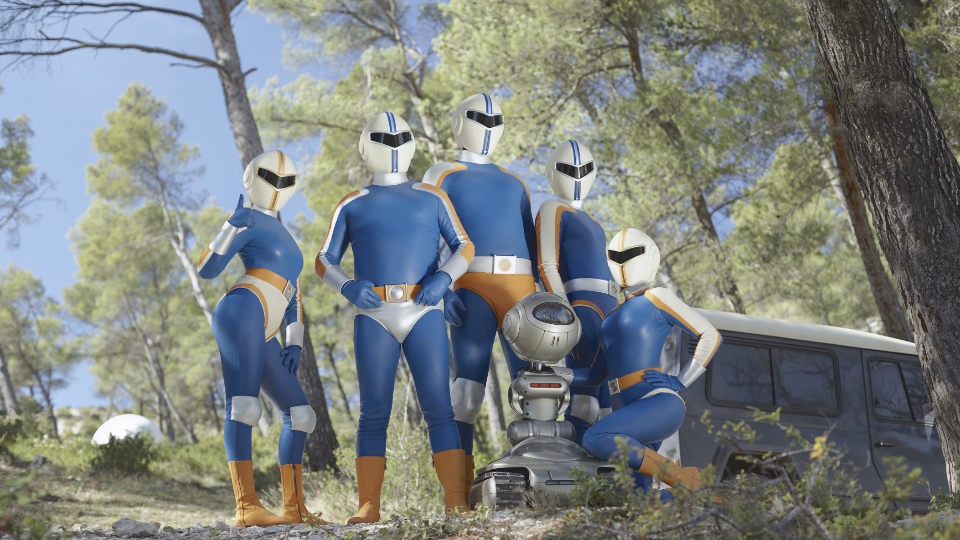 Quentin Dupieux returns with another dose of cinematic insanity, SMOKING CAUSES COUGHING. Inspired by the “Super Sentai” television shows like MIGHTY MORPHIN’ POWER RANGERS, the film is the story of a superhero team called Tobacco Force, who work together to battle the world’s greatest evils. But with team cohesion on the wane, the group steal away for a professional retreat, only to discover that things can, in fact, get worse. Much worse. SMOKING CAUSES COUGHING is a satire about the ways in which our collective responsibilities– to one another, to our shared planet – can be very, very complicated.

Playing with THE F-WORD.